Even with the end of summer approaching, your Mercedes air conditioner will still be needed for those 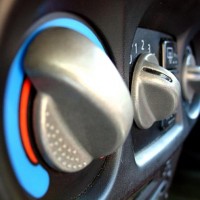 occasional hot days before the weather cools for the year. Leaks can develop in the hoses over time, and the sooner a leak is located, the less coolant will be released into the atmosphere. The most common detection methods are:

Each test, or combination of tests can be thwarted by residual build-up in the coolant lines. When your Everett Mercedes Air conditioner is turned off, pressure inside the components can be less than the pressure exerted by surface residue. When the residue surface tension is greater than the internal pressure of the at-rest air conditioner, the leaks are essentially sealed. This renders leak detection virtually impossible.

To mimic the higher pressure of an operating system, some technicians will use a combination of the chorine based refrigerant, R-22 and nitrogen gas under pressure. Both components of this pressurized test system are ecologically safer than freon. For this reason, using the R-22 with N is preferred to the repeated re-filling of the system with Freon while attempting to find system leaks. The addition of appropriate amounts of the R-22 + N overcomes the residue surface tension, allowing for electronic detection of the leaks.

Test Method Using R-22 & N
The Everett Mercedes Air Conditioning Service & Repair technician will add 4 ounces of R-22 to the refrigerant line to break the surface tension of residue inside the system. Once the R-22 is added, the system is pressurized using Nitrogen gas at about 200 pounds per square inch pressure. Using an electronic detection device, the gas produced through the leak will locate the problem quickly.
Because R-22 and N are both relatively inexpensive, the test is efficient and cost effective. The Environmental Protection Agency stated that the mixture (R-22 & N) can be released in environment providing:

All existing refrigerant is within the system be recovered properly, and a 102mm (about 4″) mercury vacuum drawn on the system.

Properly applied, the R-22 & Nitrogen leak detection test is the most environmentally sound. If you notice technicians releasing the combination outside the garage, it is so that the leak detector will not alarm at the gas in the atmosphere – not for health concerns.
FacebookTwitterGoogle+LinkedInPin It