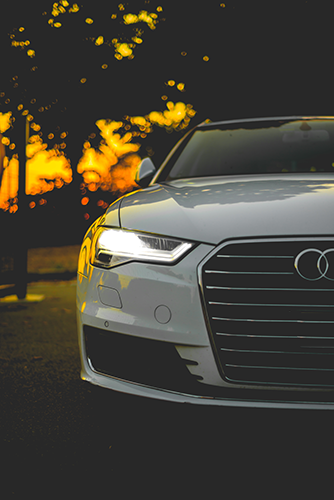 Conaway Motors is your Audi service & repair shop near Lake Stevens. If you own an Audi, you already know what special vehicles these little cars can be. But perhaps you don’t know about Audi’s all-wheel drive. That’s not four-wheel drive, folks, that’s all-wheel.

It started out as four-wheel drive. Like many manufacturers, it was soon clear that four-wheel drive uses more energy to get from one place to another, even though it is likely to do so very reliably. So, the R & D people at Audi put their thinking caps on, and looked for a better way. Sound like a fairy tale? Maybe so, but they came up with a drive-train system that works. It is managed by having two clutching systems – one for the front and one for the back. When the terrain is rough, conditions are tough, then the four-wheel drive kicks in, powering all four wheels. On slick roads or sloped roads, the right side or the left side engages. If you have memories of throwing sand under one wheel because it was spinning while the other engaged, you know exactly the sort of problem this was intended to solve. When the terrain is less demanding, either the front or the rear wheels will engage as being the powered axle, cutting down on the amount of fuel used and on emissions. We think that is just pretty cool.

Conaway Motors is your Audi service & repair shop near Lake Stevens, call us at (425)905-2424 if your Audi needs attention. We aren’t likely to invent new parts, but we can keep the ones that are on it running the way they should. We’ll always make as accurate an estimate of costs as we possibly can, and tell you right away if we run into a snag.