Conaway Motors has been diagnosing, repairing and servicing Mercedes vehicles since 1960. In that time, we’ve Mercedes evolve dramatically, with some of the most innovative and admired technological advances.  Have you ever wondered where various features found in your car came from? Chances are they were originally Mercedes innovations. I suppose this shouldn’t be too surprising, as the automobile as we know it could also be considered an innovation created by Mercedes-predecessors – in 1886, both Carl  and Gottlieb Daimler independently, and unknown to each other, developed the first self-propelled, gasoline-powered vehicles to be offered for sale. They were competitors until their two companies merged in 1926.

We Install All Major Mercedes OEM Parts and Accessories When Available 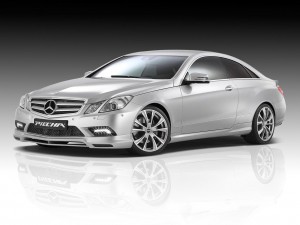 Mercedes has not made a large fuss about its innovations, and has licensed them for use by competitors. Here are a few examples:

“Safety cage” construction with front and rear crumple zones: Possibly the most important innovation in automobile construction from a safety standpoint, this is now used in nearly all cars and trucks. It was first developed by Mercedes in 1951. A reinforced structure surrounds the passenger cabin, and the structure of the front and rear parts of the car is designed to deform in a controlled way to lessen impact forces transmitted to that central structure and further protect occupants.

Anti-lock brakes were first used in Mercedes cars in 1978. They have been standard equipment on all Mercedes cars since model year 1989. The acronym “ABS’,” coined in 1972, did not originally stand for “Anti-lock Braking System” as one might expect, but “Anti-Blocking System.”

Traction control: Introduced in 1986 to reduce wheel slip in wet or icy conditions.

The first air bags offered in the North American market were in Mercedes in 1988.

Stability control: The Electronic Stability Program – ESP – in which electronic controls for the engine, traction control system, and ABS system, augmented by sensors for fore-and-aft and lateral acceleration and deceleration all communicate in order to determine if the car is entering an out-of-control state, and decrease engine power and direct braking force on specific brakes to regain control was a Mercedes innovation in 1995. Other manufacturers have developed similar systems, but if it says “ESP” and is not on a Mercedes, it’s licensed from Mercedes.

Brake Assist: Now used by many other manufacturers, this uses sensors in the brake system to determine if the driver intends to stop quickly, and, if that is the situation and the brake pedal is not being pressed hard enough for maximum effect, boosts braking force. The ABS system prevents wheel lockup. It was first used by Mercedes in the 1997 model year.

Notice how more and more cars have auxiliary turn signals in their outside rear-view mirrors. First used by Mercedes a few years ago. Imitation is the sincerest form of flattery.

Not everything related to automotive safety was a Mercedes innovation. The three-point safety belt was developed by Volvo. But Mercedes has been using them since 1968, and they have been standard in the front seats since 1973, optional in the rear outboard positions since 1974, and standard in the rear outboard positions since 1979. Use in the rear center position, if applicable, has been since the mid-1990s. For immediate Mercedes Repair or Mercedes Service on your vehicle, contact us now.