The Transmission Control Unit (TCU) for a modern automatic transmission vehicle determines when your car’s engine needs to shift gears. This determination is calculated according to multiple inputs from: 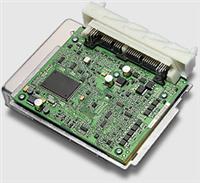 Some vehicles combine the TCU with the Engine Control Unit (ECU) into the Powertrain Control Module (PCM). Everett Transmission Repair specialists can diagnose and repair your vehicle’s transmission problems. The multiple inputs to the TCU include (but no necessarily limited to): 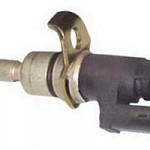 Also referred to as the Output Speed Sensor (OSS), the VSS sends a signal that indicates the vehicle’s speed. This variable frequency signal is used by the TCU to determine when the gear should be changed. The VSS is one of the primary inputs for the TCU.

The WSS signals the true speed to the TCU. The WSS senses whether the car 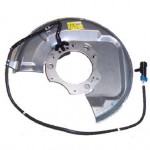 is traveling uphill or downhill, and can adapt gear changes to road speeds. Fuel consumption is decreased using the WSS input to de-couple the torque convertor when the car is sitting still. Torque convertor de-coupling also reduces the load on the running gear.

One of the main signals (in addition to the VSS input), this input is shared with 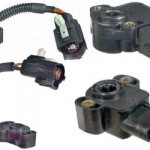 the ECU. The TPS indicates engine load to the TCU. This input is used to determine the best time for a gear shift and the characteristics of that shift. Continually monitored throughout a trip, the inputs from the TPS help with program changes to be certain your vehicle is at optimum performance. Additionally, the TPS is compared to the VSS to determine acceleration patterns, etc. The ratio of TPS to VSS is compared to the vehicle’s nominal ratio, and gears are shifted accordingly; if the ratio is much higher or lower, the shift patterns are altered accordingly. For example, when placing extreme load on your vehicle’s engine going uphill or towing a trailer requires different shifting behavior than driving on a flat road.

Also referred to as the Input Speed Sensor (ISS), the TSS sends a signal indicating the rotational speed of the 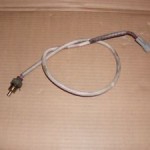 Also referred to as the Transmission Oil Temperature, this sensor gauges the temperature of the ATF inside the transmission. This input is used as a failsafe measure to downshift when the ATF temperature is extremely high. Some TCUs are able to alter the line and solenoid pressure according to viscosity as calculated by the ATF temperature. Additionally, the TFT can be used to regulate the torque convertor lock-up clutch.

Used to prevent shifting when the driver’s foot is not on the brake. Also, this input determines if the engine’s braking effect must be increased by downshifting when braking while driving downhill.

If the TCS signals unfavorable road conditions to the TCU, the shifting program is changed accordingly. Most vehicles’ TCUs do have a TCS input, and will alter shifting patterns by shifting up early, eliminating the lock-up clutch on the torque convertor and eliminating first gear (starting from second).

Simple on/off switches throughout the engine send signals to indicate the presence (or lack of ) hydraulic pressure in specific lines. Mostly for diagnostic purposes, some hydraulic switch inputs are use to control hydraulic elements.

We Love Our Customers!
Great place
D LLC
Very professional and honest. I was happy with the price and they took care of extra details at no charge....they cared more about standing by their original estimate........more than a couple hundred $ (that we knew was a ligtimate charge we owed).....they wrote it off anyway. : ) I recommend this shop to my good friends
Deborah Lockman
My check engine light came on, they came right out and checked it for free and reset it. No charge. If it comes back on I will be back. Looks like a simple air leak from gas cap this time.
Kara Copes
Some of the best customer service out there. Hands down!! They take the time to explain the services needed, work with you on a budget and plan if needed and are always smiling. THANK YOU to the entire team, you truly made my day today and have me as a forever. ❤️❤️
Lindy Gordon
I had an appointment scheduled about 6 days since I put my 528i in their shop, but surprisingly they took care of the issue 5 days early. Had some starting issues and wasn’t able to start it at all. Great people and great FAST service. Highly recommend! Thanks Conoway Motors!!
Danzel Mendoza
I brought my Yukon in for service, was not sure what was going on. They ran a test and found out right away what was wrong. The repairs where done fast,...
Laurie L.
Friendly and knowledgeable staff, and great prices to boot. If you own any of the brands they specialize in, this is the place to go!
Aaron Krueger
Best customer service!! They are so quick and do great work at a fair price. Definitely bringing the rover back when it needs something thanks again Logan!
Jayleen Roman
Great guys know what they are doing and will go out of their way to make sure your happy
Todd L.
They were professional and friendly. They do excellent work and are reasonably priced. Sam was very detailed in his explanations of the work that needed to be done and was always pleasant. You can hear his smile over the phone.
Jamie Easterly